Great news for all YEM owners with assets under 10 YEM.

Staking is now possible from 0.1 YEM!

So far, only the "whales" from 10 YEM in the wallet were allowed to place their coins in the Proof Of Stake (POS) protocol and thus participate in the fees of the YEMCHAIN.

This has now changed significantly.

As part of the recent vote (results see below) on the proposed reforms of the YEM Foundation, the first project has already been implemented - the YEM Supporters Club was started and as one of the first features the staking pool was moved from the YEMCHAIN to the club. At the same time, the minimum amount of YEM to be staked was reduced to 0.1.

Otherwise, everything remains the same in this context, i.e. it is still very easy to use and can be completed in just a few steps (see below).

The background to this positive change is certainly the preparation for one of the next reform measures, after which the YEM value will be linked to a complex algorithm. Two of the stability factors that affect this algorithm are the number of wallets and the amount of coins staked from those wallets. That means the more holders can entrust their coins to the POS, the better. This also explains the change to the "Supporters" Club, because everyone who puts their YEM firmly on supports the stability of the YEM.

The rules are very simple

There are 4 terms. The longer you stake your YEM in one of the 4 pools, the higher the return.

Different amounts can be placed in all 4 pools at the same time. The runtime starts immediately. An unlimited number of deposits is possible. Minimum: 0.1 YEM

This is how YEM staking works

After you are logged in, you have your YEM ready to "have children" in just 4 simple steps.

1. Select STAKE in the main menu
2. Enter the amount of YEM to be staked
3. Select term
4. Click Confirm

In a corresponding table on the same page you can easily keep the exact overview. 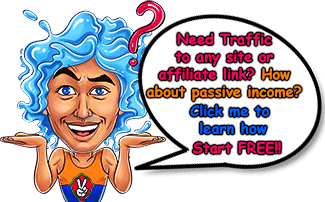 Get the Gud Nooz

Build your business with UNIPORTS